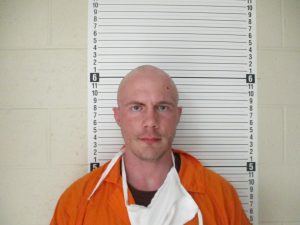 A Honesdale Borough man faces two (2) counts of Homicide by Vehicle and multiple other charges for a head on crash that killed two (2) young men on Roosevelt Highway (Route 6), Canaan Township, Wayne County, on April 8, 2020.
Thomas M. Frisch, Jr., of 200 Skyline Dr., Honesdale PA, was arraigned on a long list of charges, which includes counts of homicide by vehicle, homicide by vehicle while DUI, aggravated assault by vehicle while DUI, possession of controlled substances, and possession of drug paraphernalia. Following his arraignment, Frisch was remanded to the Wayne County Correctional Facility for his next scheduled court appearance in central court on June 10, 2020.
The crash claimed the lives of 25-year-old Robert Anderson and 24-year-old Zachary Brooks, both of Waymart, who were traveling home from work when the vehicle driven by Frisch crossed over into the eastbound lane striking the victim’s vehicle head on resulting in the death of both victims.
Through investigation, Pennsylvania State Police determined prior to the crash that Mr. Frisch had been driving erratically and all over the road. On scene, Frisch acknowledged recent use of benzodiazepine, marijuana, and consuming a beer. Frisch also related he frequently uses a vape pen with liquid THC and that he goes to a methadone clinic on a daily basis. Pennsylvania State Police also recovered hypodermic needles that came from the vehicle driven by Frisch, which are being tested. Mr. Frisch acknowledged that a blood draw would reveal “THC and things in my blood if I got a blood test right now” and would “light me up and screw me on the DUI I have open probably” even though Pennsylvania State Police were unable to obtain a blood draw from Frisch. He later posted via Facebook that “PSP had the audacity to try and get blood from me for a DUI……. Ha, nice try suckas, good thing my veins don’t cooperate with police either” and “too bad my veins are chemo rubber and no one can get a needle in them.”
District Attorney A.G. Howell commends the Pennsylvania State Police for their diligent and thoughtful investigation of this tragic matter.
*The filing of criminal charges is not evidence of guilt but simply a description of the charge made by the Commonwealth against a defendant. A charged Defendant is presumed innocent until a jury returns a unanimous finding that the Commonwealth has proven the defendant’s guilt beyond a reasonable doubt or until the defendant enters a guilty plea to the charges.