HONESDALE, PA- March 11, 2021
JESSE SKATES, age 30, of Waymart PA, was sentenced to a State Correctional Institution for 8 years to 20 years for previously pleading guilty to Criminal Attempt – Homicide (F1). He was also ordered pay the cost of prosecution and restitution.

On December 4, 2019, at approximately 1:40 am, Mr. Skates broke a window to gain entry into the victim’s residence. Mr. Skates shot a second victim with a small caliber rifle, assaulted the victim with a pocket knife and bit the victim. Mr. Skates fled the scene. Responding troopers encountered the vehicle on Elk Lake Drive and took Mr. Skates into custody after a brief pursuit. 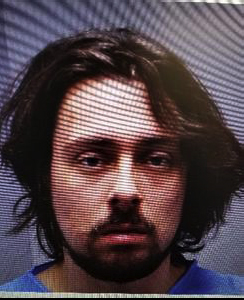 District Attorney Howell stated, “This attack has been gut wrenching for the victims and their families. The sentence set by Judge Edwards is an appropriate sentence that addresses accountability and punishment for defendant’s actions, and provides a lengthy supervision of the defendant upon parole.”